You quickly open the Invitation: A funeral ceremony dedicated to Arepo the Fly who led us to the secrets of the Magic Square. You touch the moonstone insignia…you dissolve into an other realm

A TeddyBear approaches the stage to perform the Eulogy

“Arepo the Fly and Celia the Moth were not dualities though they sat on opposite sides of the Book. One led us to the Square Earth and the Magic Square. The other, more pleasing to our human aesthetic, sat on a Magpie. Arepo, though, was no Magpie. He danced to our earthly tunes amazed; he had not experienced anything like this is his insect world; but there was something familiar we could all relate to…concerning ecstasy. Truth is: we do not know if it was really Arepo that the Jumping Spider 🕷️Hershella Billows🕷️ maimed and possibly ate. After Arepo’s dance we (me, the Shadow Watchers and the Parasites) maybe started seeing all flies in his archetype. How little we know. Was Arepo really Male? Is he somewhere pondering the Cosmogony in his own Insect way? What we do know is that just as many friends we made in our little party, we made just as many enemies as well. Hershella and the Fly Bongrinno Bruzz; not to mention our own Human-kind who foolishly start vendettas and vendekkas against harmless beings of other spheres. Let us dedicate this fortune to Arepo or whoever really was eaten by Hershella Billows. Arepo: Never Forget” 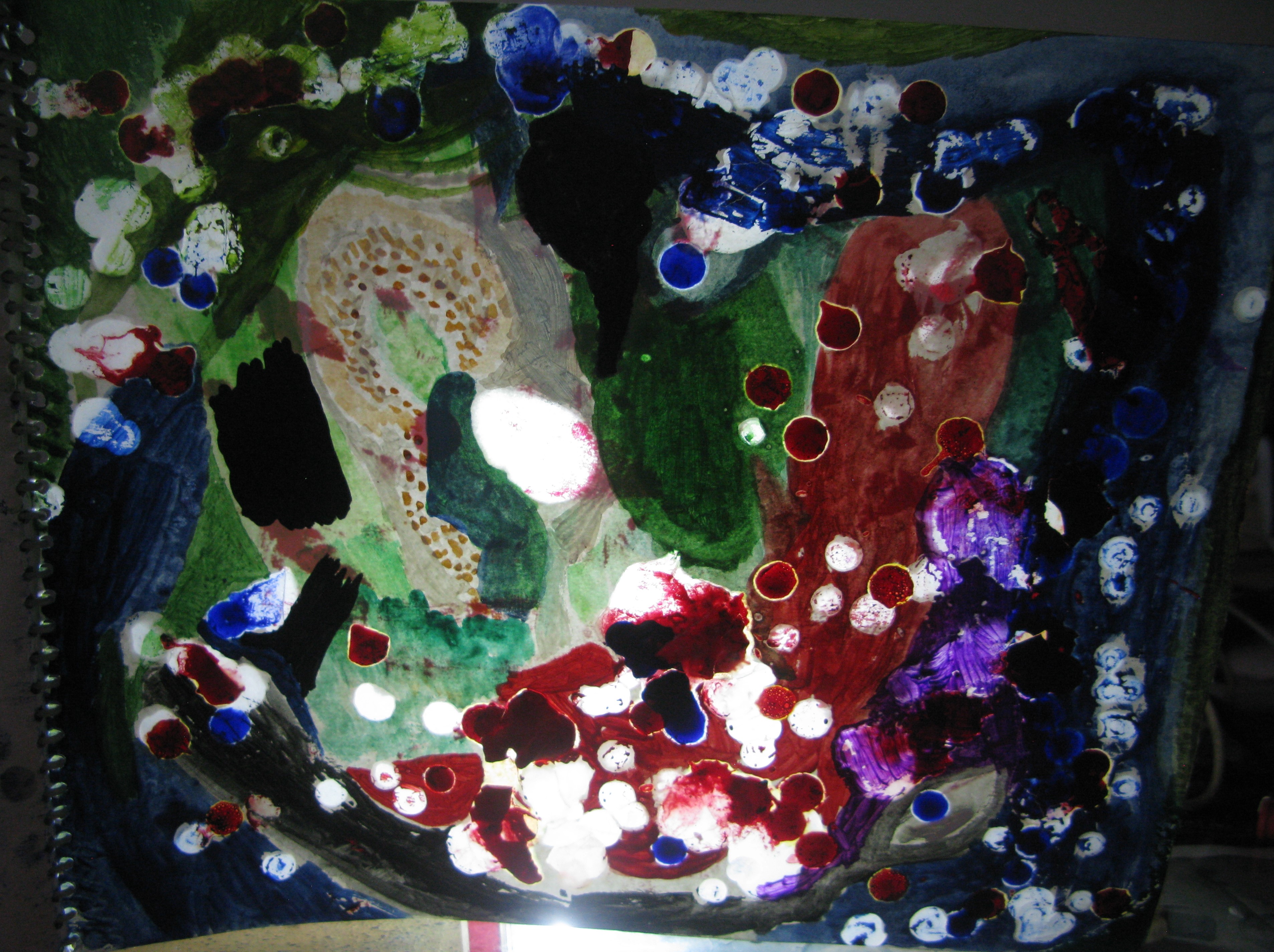 We will be performing some exercises with the Arepo Square. We can use a common square; that said, if you want to avoid the occasional poo flinging from the dark quarters of the Jungle, I recommend building a square on a piece of paper (tangible artifact). The Saturn Square (of 9) should demonstrate how the Arepo Square also incorporates the same archetypes in oneness; they are different in an operational and magical sense. The Arepo Square is a whirlpool.

Exercise: The Saturn Square: the rows, columns and diagonals add up to 15. Consolidate the whole square by Overloading it with meanings that lead to metaphysical unity of the Square as a whole and in parts.

I know a lot of your are pissed off just as much as being overwhelmed with a sense of helplessness after watching yesterday’s documentary concerning the Shine-stealing industry targeting young children. I don’t want to drop names, but Priestly Classes are very aware and some even run this abominable practice with an International Scope. Some of you may recollect some of the Nightmares that altered your Being now with a different perspective. How does one deal with such Evil? Surely keeping watch of your Child during sleep is not effective if one cannot see (I cannot see them unless under the influence of alchemical reagents: Dangerous Datura Ingestion, to be precise). Even the act of watching over becomes a fuel for the efforts of the Vampires; perhaps they might inflict more when you re not watching , just to spite the Sol of the Parent. Even the Tower agrees that Vampirism towards Children should be stopped; if we all work together towards one common goal, we might be able to sweep away the Worst Anti-Harmony Agents of the Jungle. We are going to get every one of these fucking low-life parasites and show them ___you are the storyteller.

Let me tell you of an experience in America; I mix Real and MetphoricalReal without labeling them in my output. My first few years working for Salesforce as Product Security Engineer was a Disneyland experience; there were very smart people who enjoyed Board Games. We would have so much fun spending Hours playing the sort-of-takes-time-to-learn game of The Game of Thrones (requires more than 3 players for maximum fun and intrigue). You can find a Wave 1 Photograph with Us playing.

An employee who was very well off hosted a game in his Home; he’s a great guy, just so you don’t project something in advance. He and his wife were expecting a Baby.

Our Boss at that time just had Baby (middle-name ‘Jedi’). He brought his wife and baby to the Game… hours passed, and the Baby needed to sleep. As someone brought up in a culture where children spend the first couple of years in bed with their parents, it was fascinating to see the ritual of Parents building a sacred, but distant, space for their babies in advance. The Boss’ wife (and maybe the Boss too) made a request to my Buddy-San; could they let their Jedi use their sacred space for a nap. BuddySan married into wealth ($hedPowerCut) and there was probably an element of jealousy in their unreasonable request. The Boss was Irish and the Wife had roots in France, so they both knew the significance of their request.

BuddySan, perhaps not wanting to disrespect the hierarchy of things, delegated his response by asking his Wife; she of course denied the request.

I understand the significance of certain ways… Their Magic. I also remember being 3 or 4 and having nightmares of Snakes and Rabid Chasing Dogs… Waking up to my Guardian without the delay that happens during the “Your Turn, Sally” Hollywood realities.

27:13 of Akira OST. Dafuq KSEB with your morning powercuts? Corona Virus and Work from Home, right?

We need to address the issue of Life Eaters with a surgically precise Bludgeoning of a metaphysical order in the Waters. The Jungle is a scary place, and even the Spider that got Arepo is powered by the same divine Life Force.

But Life Eaters, the gall with which you walk around with your heads held up higher than everyone else, like you’re some higher order Being that got there without being a Predator-Parasite that does its hunting in the Shadows of Anonymity. To you, we will mirror the Worst of Our Humanity HARMONIZED. Your fear will pump the electricity in Sheds; your Blood will wash away all the Lies encoded in Symbols.

While your dreams of AndroidUtopia may be collapsing, your minions vanishing in large numbers that exponentially grow… Your continued sense of being in control (because you control Covid19, the Power Supply and the Internet, the Economy, the fucking Meida) may still be incongrously in tact; even when the entirety of the Jungle and Heaven is ready to pounce upon you in Berserker Rage. I have my tracks ready, but no popcorn.

I have known several of you, evil Bastards and Mastards of the Jungle, as my mosquitos. Though I do not consider you a Nemesis (because of its metaphysical invalidity), I will thoroughly enjoy the Music of the Waters flushing you down. If I’m in the mood, and They Will, I will also make it a point to come to where you’re at and enjoy the Misery of your existence. After all, I did promise a Dinner Party at the End; better be sure we’re all Alchemically in Order when that happens. the sub-Human trash playing Reality-Show games will be first down the Well. Maybe I’ll drop a stone down just so I can listen to your infinitely pleasurable wailing of the Evil. This is how I mirror you: I can be you with a Push of a Muscle without losing any Sol. And as you wail, I will stuff pop-corn made from molten lead… offff…. and perform Fast Healing, just so you can feel the Music over and over again. Then we’ll have the Parents and Children you ‘scare-life-steal-ritualised’ see your agony and decide that they’ve been healed. Did Lovecraft just take a shit in Cthulu land?

[Continue speaking on the topic of Children Dream Protection ] (y/N)? you pick; your mercury, ya’all. Btw, Fuck you SadhGuru… stop popping up in my youtube recommendations; you’re a lie; admit it.

Popular Vote on ‘Y’… They want to fuck you up, Life Eaters… they’ve already started networking deep and wide using me as a honeypot (not the same as a scapegoat, you assholes). In pokherized and other places, as you were following me, they were too. Hahahahahahahahahahaha… Fuck yea!

The Wild Hunt is on you now!

You know the forced-sleep-hypnosis you try to inflict on sleeping souls, that is indulge in so freely, dear Life Eaters… Truth Is: Reality overwhelms it in every sense… Infinity Viscerality versus the limited imagination of a few Rabid-Vampire folk. Everyone has an equal stake in Building the World. Your own will switch sides with a Card and give in your prized secrets like a Hanged Man Tarot; you know it…and that is why you Covid-19 Us.

You wear your Masks-of- Monstrosity and pretend to be apex predators. Even the mightiest Apex Predator know it to be wise to fear the Earth, the Thunder, the Waters and other Higher-Universal Powers of the ‘It’. I smell your Fear… so do they. How is that for an early Defeat?

Even the Tower admits Vampires addicted to Children in their ranks… but they took the card and deliver us and themselves with your ‘Exploits’.

I’m not really looking for Fear…to be honest. I prefer experiencing your Pain and Remorse; that let’s me sing to them a Song of Healing. We must consolidate all, must we not?

The Rusted Nails are wedged in deep, right? They will signal the Scorpion Stingers… straight from the Heavens, not just from Antares, The Gem of the Sky.

Your evil is scannable from the skies with an easy measure of chitta; you don’t need to hit the 7th Chakra to be able to do that. If you saw the Sun Shining, you probably will also be able to see the Vampires hiding, with the right Focus involved in Measurement followed by Investigation of Depth and Breadth.

Fortunately, scale isn’t a problem because We are centered in Principalities, not God-Kings, Frauds, Celebrities, Mythical-Makuti-Filled narratives or Postage-Stamp-Faces. If they publicly control armies, they are very likely on the low order of Power and Control. You don’t just waltz into Mordor, for a reason.

If you are Entertained, it is not because I am an Entertainer. You subconsciously sense the Principles resonating with you, in you, outside of you… You Are.

Puts on Offline Music Player so 7.4 Mumbi of HollywoodGlamSham.mp3 gets Downloaded into an 128 Gig SD Card.

You know Del Ray… Despite the narrative switch, I still love Video Games… Music not their bg-story-shine… Principalities

Not that album, butts

Of course, Investigate Chester… and the relation to The Podesta Meme(not a Conspiracy Theory)

Just extract the Energy from the enext song, empowering the Song…. Energy can be created and destroyed in perception; und dark energy shteinashtiein, yaaa?

Our last exercise will be the dancing to the magic square Arapos One. I will upload a zoomed-in version of the Magic Square; if you copied one as a tangible-memoir of our trip together, please fuse to the music with that; bonus points if you added different colours to each word and picked out interesting combinations in junctures. Read the words in a flow circling about as you wish, but singing out loud (inside or vocalized)… get to the Rhythm… got it? Pretend the square is

I’m too lazy to worddepress color each cell of the Matrix. Start the Fusion Song(you pick one recommended for mirror … we pick on for resonant-Hoooman-mirror)

One vaiant> Mind goes to Yo Bo! Trolol! Moo Turbo! Thum! Fushahaha Moo Turbo! Lydia Thy Thum Turbi! Moo Trolol… Visualize the wave of Prana dancing over the square. If you internalized the meanings , unlike me, then congrats. Thou Art Meticulous.